The resolution specifically "affirms that all Episcopalians should be able to partake in 'gender affirming care' with no restriction on movement, autonomy, or timing." 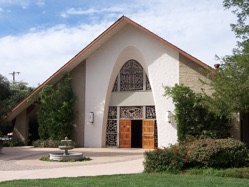 [Breaking Christian News] My parents were active members of the Episcopal Church, and as a child and teen, I grew up attending it as well. (Image: Pixabay)

I have some fond memories of singing in the choir, making my best friend take off her shoes when we played hide and seek around the podium and altar (because it was Holy ground), while her father helped clean the sanctuary ... Bringing flowers for the altar in spring, and the beautiful candlelight services on Christmas Eve.

I was Christened and confirmed there, and later married in the Episcopal Church—albeit a MUCH more traditional version.

One of the things my parents especially appreciated about it was the amount of Scripture that was present in their liturgy. When, later on, I had moved on to more Evangelical and Charismatic churches, my mother would always point out how much of the Word was contained in the Episcopal Book of Common Prayer.

Then, as time went on, they became worried at how their beloved denomination seemed to be moving in a different direction—moving toward embracing liberal culture and ideology instead of standing on the Word of God.

Apparently, they weren't alone, as many church splits happened across the country in the Episcopal denomination. My parents' own church—which my father actually helped build—underwent a split as so many were dismayed with the way the church was heading.

As much as I miss my parents who have since passed, I'm actually glad they cannot see this egregious course on which the Episcopal Church is now treading.

Breitbart News reported this morning: The Episcopal Church passed a resolution in support of sex change attempts "at all ages," calling it a matter of "religious liberty." It calls for the Episcopal Church to "advocate for access to gender affirming care in all forms (social, medical, or any other) and at all ages" ... The resolution specifically "affirms that all Episcopalians should be able to partake in gender affirming care with no restriction on movement, autonomy, or timing." The Episcopal Church also opposes laws that prohibit people, including children, from being medically assisted in their attempts to change their sex...

So, they are now ALL IN on the LGBTQ+++ agenda—including this gender ABUSE in children which they are calling "care."

Since they are so steeped in God's Word (or used to be), perhaps they might recall what Jesus said about those who "cause one of these little ones to stumble..."

"But whoever causes one of these little ones who believe in Me to sin, it is better for him that a heavy millstone be hung around his neck, and that he be drowned in the depths of the sea. Woe to the world because of its stumbling blocks! For it is inevitable that stumbling blocks come; but woe to the person through whom the stumbling block comes!" -Matthew 18:6-7

I shudder to think about all those children who may be led astray from what is TRUTH, because of what is now being taught in the Episcopal Church.