Destroying the Leftist Narrative; the Club Q Shooter Turns Out to Be 'Non-binary'

Prayer Alert: According to Breitbart News, "The gunman who opened fire in a Chesapeake, Virginia, Walmart Tuesday night was allegedly a manager who used a pistol to kill six people." Please pray for the families who lost loved ones there, and also for the families of those who were killed in the recent "Club Q" shooting mentioned below. 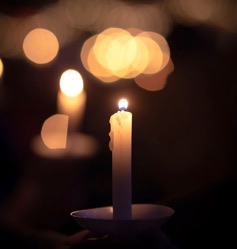 [PJMedia.com] I've been warning for days that the Club Q shooting may not be what it seems. Many on the left quickly jumped to the conclusion that this was a targeted attack on the LGBTQ committee—what they would call a "hate crime"—for which Republicans bore responsibility because of their opposition to the "Respect for Marriage Act" that would codify gay marriage in federal law. (Image: Unsplash-Tim Umphreys)

Well, it turns out that the shooter is a part of the LGBTQ community.

According to court filings, the suspect is identified as "Mx. Anderson Aldrich," identifies as non-binary, and uses they/them pronouns.

This revelation is a huge blow to the narrative that has been pushed by Democrats, the media, even Club Q itself. The kneejerk reaction to the shooting was to assume this was a "hate crime" targeting the LGBTQ community, and yet, it turns out, it was one of their own who committed the act... Subscribe for free to Breaking Christian News here