Animal Who Ran Over, Killed Teen He Thought Was a 'Republican Extremist' Walks Out of Jail Days later 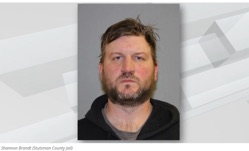 Brandt's [$50,000] bond was posted on Tuesday, and he walked out of jail a free man ... AÂ GoFundMeÂ has been set up to help with Cayler's funeral costs.

BCN Editor's Note: What was it again that Liz Cheney's Jan. 6 Kangaroo Court committee was trying to pin on President Donald Trump? ...Oh yeah, inciting violence (which his recorded words refute). And yet Biden has a free pass to publicly speak these hateful and false condemnations over half of America's voters in an angry address to the nation: 'Donald Trump and the MAGA Republicans represent an extremism that threatens the very foundations of our Republic ... MAGA Republicans have made their choice. They embrace anger. They thrive on chaos. They live not in the light of truth but in the shadow of lie ... We're all called, by duty and conscience, to confront extremists...' How is THAT not incitement of violence? Apparently, Shannon Brandt felt it was his duty to quite literally 'confront' a boy less than half his age, using his vehicle to end his life, because he felt he was a "Republican extremist." Who's the "extremist" now?! -Aimee Herd, BCN.

Shannon Brandt, 41, admitted to police he hit 18-year-old Cayler Ellingson with his SUV in an alley after an argument regarding politics. The brutal killing took place after a late-night outdoor "dance party" in the streets of McHenry, ND. 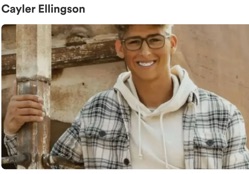 Ellingson called his mom prior to the attack and asked her if she knew Brandt, and she said "yes." She also said she would pick Cayler up. He called back shortly thereafter and told his mom that "he" or "they" were chasing him. She called him back, but her son didn't answer. By the time she arrived at the scene, Cayler was dead. (Screengrab image: via Go Fund Me)

Brandt called the police at around 2:30 am on Saturday to report his hit-and-run on Ellingson, whom he claimed was part of a "Republican extremist group." Brandt claims he returned to the crime scene but left before police arrived.

Brandt was found at his home, arrested, and charged with vehicular homicide and leaving the scene of a deadly accident... Subscribe for free to Breaking Christian News here