The New Zealand Herald reported that a pathologist explained during the inquest that all other possible causes of acute myocarditis were eliminated except for the vaccine. 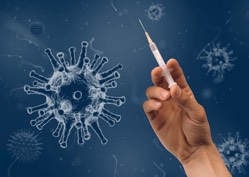 Rory Nairn died in November, just 12 days after receiving the first dose of the Pfizer vaccine. Following the shot, he experienced heart palpitations that were initially disregarded as stress about his upcoming wedding and home renovations.

The 26-year-old plumber collapsed and died just after his decision to go to the hospital for assistance.

"Given the public interest in whether or not Rory's death was related to the COVID-19 vaccination he received on 5 November 2021, I consider it important to make public my findings as to the cause of Rory's death as soon as I established it," coroner Sue Johnson said.

An inquest was held in August and September. The investigation found that Nairn's heart inflammation was acute myocarditis, a potential side effect of the Pfizer vaccine that had not been emphasized to Nairn and his fiancée.

According to Radio New Zealand (RNZ), those who administered Nairn's vaccine had not been told to disclose information about the rare condition that may appear after the shot. The country's Ministry of Health had previously released a statement in which medical professionals were told to be aware of any signs of myocarditis, specifically in relation to the Pfizer vaccine... Subscribe for free to Breaking Christian News here