"We've been asleep at the wheel for the last decade or two, thinking that when we drop our kids off to school, it's just like when we went to school. And it's not." -Shawn McBreairty 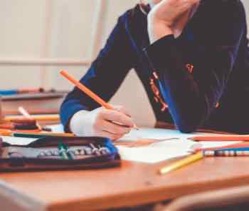 [LifeSiteNews.com] The school board of Maine's Regional School Unit 22 was ordered to pay $40,000 to an area father and activist it tried to bar from public meetings and other community functions on school grounds for exposing the district's adoption of radical and obscene sex-related materials in schools. (Image: Pixabay)

The Epoch Times reported that Shawn McBreairty, director of special projects for the group Maine First Project, started working in October 2021 to expose controversial materials in use at RSU 22, including displays of pro-LGBT books and flags symbolizing a range of alternative sexual identities, posters promoting LGBT "allyship," and a book from Maine school libraries called All Boys Aren't Blue, which features a graphically-described sex scene between two young male cousins.

In addition to writing about the material, McBreairty read an excerpt from that scene at a school board meeting, generating shock among the attendees. "I was exposing what the school board chair said, which is basically that pornography is OK in the context of a book," he told Epoch. "They were basically shocked. They couldn't believe what they heard. I said, 'if you're under 18, plug your ears.'"

But rather than engage the community concerns he represented, RSU 22 forbade McBreairty from attending any school functions on campus, from board meetings to fairs, ostensibly because he used obscenities.

"They threw me out of a school board meeting" and a police officer threatened to arrest him for noncompliance, he says.

So McBreairty sued the district, and on August 30 a federal court sided with him, ordering RSU 22 to pay him $40,000 for violating his First Amendment rights... Subscribe for free to Breaking Christian News here