We were already planning to fast for 21 days leading up to the gathering on October 8th. But this dream caused the fear of the Lord to rest upon Lou and our team, as it brought even more emphasis to the need for this window of intercession and sacrifice. A few weeks later, as we were meeting together for prayer, Chris Berglund shared some dreams he had the night before... 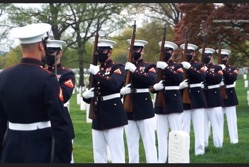 [The Briefing] Letter From the Editor of The Briefing: We are three weeks out from Communion Colorado, where thousands will gather to the Lord and His table in the shadow of Pike's Peak. The six-hour event will be a solemn assembly, similar to those Lou Engle led under the banner of TheCall. Meanwhile, the heart of the gathering will be a corporate Communion Service. We are being led in a way we have never gone before. God is apprehending us to believe for the birthing of The Great Communion Blood Revival and a whole new era of spiritual warfare unto the turning of the nation and the ending of abortion in all 50 states. But first, God has called us into a very significant season of fasting and prayer. Today's Briefing will bring you into the divine intel we have received regarding a 21-day fast. We hope many of you will join your faith with ours so we might run together in this exciting assignment God has placed before us. -Cheryl Amabile (Screengrab image)

One night several weeks ago, Lou Engle couldn't sleep. After pacing and praying for about three hours, he felt a release to go back to bed. When Lou finally fell asleep, he went into a dream where he was sitting with two other men who seemed to be pastors. The three of them were seated in chairs that were loosely grouped together, with an empty cushioned chair in front of Lou. He spoke to the other men saying, "It's only the consecrated ones—those who are ready to die—that will see the breakthrough. The breakthrough will come through the 21-day fast!" Just then, Lou buried his face in the seat in front of him, weeping and weeping. He woke from the dream still weeping.

We were already planning to fast for 21 days leading up to the gathering on October 8th. But this dream caused the fear of the Lord to rest upon Lou and our team, as it brought even more emphasis to the need for this window of intercession and sacrifice. A few weeks later, as we were meeting together for prayer, Chris Berglund shared some dreams he had the night before.

In Chris' first dream, we were outside on the third level of a building or some kind of overlook. We could see a river running below us. Meanwhile, birds began to gather and land on a wire above our heads. Lou said, "I want you all to listen carefully to what these birds are humming. It's very important." As we listened to their beautiful song, we recognized they were humming the melody to "The Battle Hymn of the Republic."

In the following dream, Chris was watching as a group of horse riders galloped towards him. Someone said, "The cavalry is coming!" But instead of the word "cavalry," they actually said, "The Calvary is coming!" Then the scene changed and there was a 21-gun salute. Chris knew it was those riders—the militant ones in the spirit—who were being honored.

As we processed these dreams together, the "Battle Hymn of the Republic" immediately brought to mind the threat of another Civil War, as Lou shared in The Briefing 110 - Roe v. Wade Is No More. But in this dream, we were standing in a high place which Lou felt this represented a place of authority God's people have gained in the spirit, as manifested in the overturning of Roe. We sensed the opportunity, and need, to advance this victory into the 50 states.

The second dream of the horse riders is also weighty with meaning. Calvary, of course, is the hill upon which Jesus was crucified on our behalf. In the midst of His ultimate surrender, He disarmed spiritual rulers and authorities, triumphing over them in His death. This dream could have big picture implications, but because of the context in which it was received, we believe it is addressing those has who will ride forth with Christ in these 21 days, exalting the finished work of the cross, while ascending a hill of our own to die on.

The self denial of fasting is a form of death that touches not only our souls, but also our bodies. It's an opportunity to abandon our will for His agenda, to sacrifice our time for intercession, and to lend our bodies to weakness, while trusting God's strength to be at work through us. We sense the Holy Spirit wooing us to avail ourselves to Him, that we might lock on to His present purposes and contend with Him in the heavenly realms until we have prevailed.

The last part of Chris' dream is amazing. It ends with a 21-gun salute. This is a military tradition that is recognized as the highest honor that can be rendered. It's stunning to consider how much this assignment must mean to the heart of God that such a salute would be in order upon completion. It also reveals something of the impact our choices have upon the Father's heart. Now, may we steward this opportunity in such a way that Christ in us receives the highest honor.

[From] Sunday 9/18/22 until sundown on Saturday 10/8/22, is 21 days. If you find out about this assignment late, feel free to jump in with us whenever you are able. Some of you may have started already. Whatever the case, we look forward to running together with you in unified prayer. As usual, we will continue to keep you posted of unfolding revelation along the way.

Our main prayer targets for the fast:

1. Isaiah 25:6-7 Pray that "on this mountain" of Pike's Peak, on 10/8/22, that a veil would be removed and that The Great Communion Blood Revival would be birthed in America.

2. Pray for a breakthrough in the heavens unto a shift towards righteousness in our nation's upcoming elections. Agree with us for a specific shift in the governor race in Colorado.

3. Plead the Blood of Jesus over the bloodguilt of Colorado and all 50 states. Subscribe for free to Breaking Christian News here