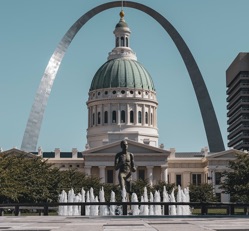 [RedState.com] Missouri's Republican Attorney General Eric Schmitt is heading to a general election against Democrat Trudy Busch Valentine to fill an open Senate seat that the GOP needs to keep control of. Schmitt is the favorite to win in the largely Republican state, but there are efforts underway to cost the GOP the seat by backing an independent candidate named John Wood. But Wood isn't just some random guy out there to spoil the race. He's an ally of Liz Cheney and other NeverTrump Republicans, to the point where he was actually brought on to work for the January 6 Committee... Subscribe for free to Breaking Christian News here Click here to read. (Image: Pexels)