200 Human Trafficking Victims Rescued, over 100 of Them Are Children 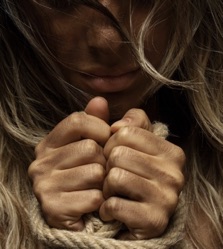 "The Justice Department is committed to doing everything in our power to combat the insidious crimes of human trafficking that devastate survivors and their families." -AG Merrick Garland

BCN Editor's Note: While I'm thankful and praise God for the rescue of these trafficking victims, I can't help but wonder: If the DOJ was REALLY committed to doing everything to combat human trafficking, you'd think they would start with closing the southern border. Just sayin'. -Aimee Herd, Breaking Christian News

The national operation, which oversaw 391 localized initiatives across the country, took place in the first two weeks of August.

US Attorney General Merrick Garland issued a statement this week, voicing his gratitude for the men and women of the FBI and partnering agencies, like the National Center for Missing and Exploited Children, who helped rescue these abused children and adults.

"The Justice Department is committed to doing everything in our power to combat the insidious crimes of human trafficking that devastate survivors and their families," he said,Â according to WTKR-TV. "I am grateful to the dedicated professionals of the FBI and our law enforcement partners across the country for their tireless work to rescue trafficking survivors, including exploited children, to investigate and prosecute the perpetrators of trafficking crimes, and to provide the services and support that survivors need and deserve"... Subscribe for free to Breaking Christian News here