Report: That Single Payer Thing Isn't Working Out for UK

...The Telegraph reports that 50,000 people are dying annually because of "poor treatment." Of the 6.6 million on medical waiting lists, some patients have been waiting "more than two years" ... Last year, John Butler, a British cancer expert told a select committee of the British Parliament that England's cancer survival metrics are 10 to 15 years "behind leading nations." 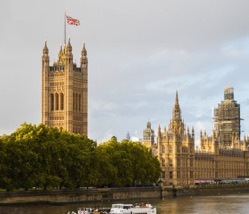 According to The Telegraph,Â one of Britain's leading newspapers, the total number of patients waiting for medical care has soared to a recordÂ 6.6 millionÂ British citizens, almost ten percent of the entire population. The newspaper'sÂ Data TrackerÂ contains a remarkable set of revealing numbers on the Western world's oldest model of socialized medicine.

Especially significant is the failure of the government health program to meet its central planning targets for access to care, cancer treatment, and primary care appointments.Â Here are some examples.

In short,Â according to The Telegraph, "The NHS is failing to meet every single one of its key duties of care to patients."

Medical professionals in Britain are under increasing stress. They are paid far less than their counterparts in the United States. Many are demoralized and are working less than full time, thus adding to the increasing strain on British patients.

It is estimated that England's branch of the NHS has a shortage ofÂ 12,000 hospital doctors and an estimated 50,000 nurses and midwives.Â  According to a survey sponsored by the Royal College of General Practitioners,Â a thirdÂ of British General Practitioners are considering leaving medical practice within the next five years. Meanwhile, nurses are also complaining aboutÂ low payÂ and many may be forced to leave the profession.

In a separate account of the travails of the system, The TelegraphÂ reportsÂ that 50,000 people are dying annuallyÂ because ofÂ "poor treatment." Of the 6.6 million on medical waiting lists, some patients have been waiting "more than two years."

Among the biggest problems facing the NHS is effective treatment for cancer. Last year, John Butler, a British cancer expert told a select committee of the British Parliament that England's cancer survival metrics areÂ 10 to 15 yearsÂ "behind leading nations."

Britain's multiple medical crises are more deeply rooted than the problems that surfaced with the NHS response to the COVID-19 pandemic. Laura Donnelly, a Telegraph health editor, and her colleaguesÂ write:

When the pandemic hit Britain in the spring of 2020, it collided with a health service that was already struggling to keep its head above water. Not only were beds thin on the ground and ventilated wards of the type common in Singapore unheard of, but many of the basics such as ventilators, surgical masks, and even plastic aprons were in short supply.

Moreover, it quickly transpired that the Department of Health and its public arm, then Public Health England, had never planned to stop or even slow a fast-moving pandemic.

Given the NHS performance, it is worth recalling the promises of America's "progressive" champions of a single payer national health insurance system for the United States. They insisted, after all, that such a system would be much better prepared to cope with the COVID-19 pandemic than the existing public-private financing and delivery systems that characterize American health care.

That has been theÂ key messageÂ of Rep. Pramila Jayapal, D-WA, and more than half of House Democrats who are cosponsoring a "single payer" HouseÂ bill.

Their bill would create an American version of national health insurance and would abolish virtually all private and employer health insurance, as well as existing federal health programs, including Medicare,Â Medicaid,Â and the popular and successful Federal Employees Health Benefits Program.

Sen. Bernie Sanders, the Vermont Independent and self-described "democratic socialist," has recently reintroduced a similarÂ "single payer" billÂ in the Senate, with 14 of his Senate colleagues.

Substantively, Sanders' latest bill is likeÂ earlier versions. Not only would his national insurance program cover everybody, but the senatorÂ insistsÂ that it would cost less than today's publicâprivate coverage arrangements: "No more premiums. No more copayments. No more deductibles. No more out-of-pocket expenses. And we're gonna fund it publicly, and, for the average American, it will be a significant reduction in his or her health care costs."

That taxation, as Sanders concedes, would be broad based, and not confined to The Rich. Indeed, according to a detailed Heritage FoundationÂ econometric analysis, such a program would require an additional tax of 21.2 percent on earnings, and 65.5 percent of American households would end up paying more for health care than they do today. The biggest losers would be American households with employer-sponsored health coverage.

But beyond the big dollar cost, it is worth noting that these versions of national health insurance assume "saving" by making major reductions, as much as 40 percent, in reimbursement for doctors, hospitals, and other medical professionals.

American patients would pay an even heavier price in the inevitable delays and denials of careâthe waiting lists that are characteristic of a government-run national health insurance system, as evidenced in the continuing experiences ofÂ BritainÂ andÂ Canada.

It's hard to imagine anything more expensive than "free care for all." Subscribe for free to Breaking Christian News here

Robert E. Moffit, Ph.D., a seasoned veteran of more than three decades in Washington policymaking, is a senior fellow in domestic policy studies at The Heritage Foundation.