Three recent incidents demonstrate clearly the bias Israel faces from both the foreign press and the United Nations. 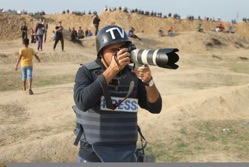 [Israel Today] It will come as no surprise to our readers that the mainstream media and the global politicians that comprise the United Nations are biased against Israel. (Image: Pixabay)

This is not news to anyone.

Still, it is helpful to have specific examples of this unfair behavior when defending Israel against her detractors. And the UN and media helpfully provided several such examples just last week.

Everyone knows that the approved narrative paints Israel as solely responsible for all Palestinian woes, even when Palestinian terror groups inflict hardships on their own people.

So there was no choice but to punish Sarah Muscroft, former head of the United Nations Office for the Coordination of Humanitarian Affairs in the Occupied Palestinian Territory, when she dared to call out Islamic Jihad for indiscriminately firing rockets from Gaza that necessitated an Israeli military response.

After an Egyptian-brokered ceasefire went into effect, Muscroft tweeted:

"Relieved to see a ceasefire agreed ending hostilities impacting both Palestinians and Israeli civilians. Such indiscriminate rocket fire of Islamic Jihad provoking Israeli retaliation is condemned. The safety of all civilians is paramount—the ceasefire must be upheld."

That was enough to get Muscroft promptly removed from her position.

Making the affair all the more egregious is the fact that just last month one of the three members of the permanent UN Commission of Inquiry into all alleged Israeli crimes claimed that Jews control social media, and faced no punishment whatsoever.

In an interview with the far-left American blog Mondoweiss, Miloon Kothari claimed that a powerful "Jewish lobby" controls major social media platforms like Facebook and Twitter.

Given that most people today get their news from social networks, Kothari's was a modern twist on the old canard that Jews control the press.

Israeli Ambassador to the United Nations Gilad Erdan wrote a strongly-worded letter to UN Secretary-General Antonio Guterres on Sunday insisting that punishing Muscroft while letting Kothari off the hook only served to bolster the perception that the UN is wholly biased against the Jewish state.

The New York Times last week did the right thing by cutting ties to a freelance Palestinian journalist in Gaza who had a history of making antisemitic remarks and calls for violence against Israel.

The problem is that the Times only dropped Fady Hanona only after a media watchdog highlighted his venomous personal views. He had already been permitted to contribute to at least six Times articles during the latest Gaza mini-war, despite the fact that his anti-Israel sentiments were public knowledge. 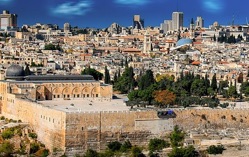 Journalistic ethics would dictate that the Times do at least a cursory background check on any freelancers it intends to contract to ensure they can be objective in their reporting. (Image: Pixabay)

At least that's how things are supposed to work. In reality, hiring Hanona despite (or perhaps because of) his personal biases is the norm. And these local stringers are the ones who feed information, quotes, photos and other data to the Times editors, who then go on to inform the American public.

Bottom line: So long as the Times is getting its info from freelancers like Fady Hanona, it should be considered anything but objective in its reporting on Israel.

Palestinian Muslims have a history of associating themselves with Jesus and his early followers, even as they persecute the present-day Palestinian Christian population.

A former Al Jazeera chief felt this was a good attack vector, and similarly brought Jesus into the debate by repeating the millennia-old Christian libel that labels Jews as "Christ-killers."

Yasser Abu Hilala was director-general of Al Jazeera from 2014-2018, meaning he was influential, if not outright in charge of what the network broadcast to its viewers. And remember, Al Jazeera is today mainstream media not only in the Middle East, but also in Europe and North America.

Superimposed on the image was text reading: "After 2000 years & it's the same killer..."

In other words, just as Jews killed Jesus, so too are they killing Palestinians today.

And this from a respected journalist who until recently held the reins of one of the world's largest news networks.

Still think you can trust the mainstream media to report objectively on Israel? Subscribe for free to Breaking Christian News here