"I guarantee you, citizens in every one of our states, if you ask them, 'what do they want?' they don't want 87,000 new IRS agents. And they're not being created to audit billionaires or giant corporations. They're being created to audit you. The House Ways and Means Committee, the minority has put out an estimate that under this bill there will be 1.2 million new audits per year with over 700,000 of those new audits falling on taxpayers making $75,000 or less." -Senator Ted Cruz 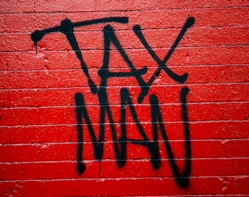 [CBN News] Congressional Democrats are on the cusp of doubling the size of the Internal Revenue Service, allocating $80 billion to expand the IRS, including tens of thousands of new IRS enforcers. The IRS funding in their "Inflation Reduction Act" is all but certain to become a reality after the Senate passed the measure over the weekend. (Image: Unsplash-Jon Tyson)

The bill is set to more than double the IRS' current workforce, making it one of the largest federal agencies and increasing its budget by roughly 600 percent. Senate Majority Leader Chuck Schumer (D-NY) praised the bill saying, "I am confident the Inflation Reduction Act will endure as one of the defining legislative feats of the 21st century."

But even media sources like the Wall Street Journal are sounding concerned about the IRS part of the plan, writing, "Democrats claim this 'investment' will yield more than $200 billion in revenue. That estimate is highly speculative, but if it's anywhere close to right, IRS auditors will soon be coming after tens of millions of Americans."

That's because the huge spending bill creates an estimated 87,000 additional IRS auditors who will target Americans by launching over a million more tax audits per year. And Sen. Ted Cruz (R-TX) is just one critic of the measure who says middle-class taxpayers and even lower-income earners are going to end up bearing the brunt of the expected audit storm.

"Democrats want to make the IRS larger than the Pentagon, the State Department, the FBI, and the Border Patrol combined," Cruz wrote. "That's a terrible idea. We should abolish the IRS!" Watch his speech in the Senate.

The office of Sen. Tim Scott (R-SC) also issued a statement that contends the bill will lead to "hiring thousands of new agents to shake down hardworking Americans."

A Congressional Budget Office (CBO) analysis does predict that the hiring of all those agents would result in more than $200 billion in tax dollars taken from Americans over the next decade. And further analysis indicates that money would come from IRS audits against families making less than $200,000 a year.

The Wall Street Journal makes it clear that's a legitimate concern for the middle class, writing, "The Joint Committee on Taxation, Congress's official tax scorekeeper, says that from 78% to 90% of the money raised from under-reported income would likely come from those making less than $200,000 a year. Only 4% to 9% would come from those making more than $500,000."

And Joel Griffith with the Heritage Foundation confirms, "If you look at the past, the audits disproportionately impact those that are middle class, upper middle-class income earners. Those are the ones who get targeted by this."

It's not just Republicans and the Wall Street Journal who are concerned about the IRS targeting lower to middle-class Americans. As CBS News reported earlier this year, analysis of IRS behavior proves it's already targeting average taxpayers on a disproportionate scale, even before the impending escalation. That even includes taxpayers making less than $25,000 a year.

And the minority contingent of the House Ways and Means Committee put out an estimate that this bill will lead to 1.2 million new audits per year with over 700,000 of those new audits falling on taxpayers making $75,000 or less.

Senate Democrats rejected amendments to their bill that would have kept it from hitting ordinary Americans so hard.

Tax expert Dan Pilla breaks down how all the new IRS funding is being allocated: