Elizabeth Warren's Anti-Pregnancy Resource Center Bill Like 'Something out of Russia, China': Senator

"It's going right at the heart of crisis pregnancy centersâthese centers that provide so much care and compassion for moms and for babies. It's an attempt to shut them down, fining them out of existence, because of what they might say." -Senator Steve Daines

Senator Elizabeth Warren (D-MA) is scheduled to ask the US Senate to pass the "Stop Anti-Abortion Disinformation" (SAD) Act by unanimous consent on Wednesday night. The bill would allow the Federal Trade Commission to fine pro-life women's centers $100,000 or up to 50% of its parent organization's revenue if PRCs make "deceptive or misleading statements." Federal regulators alone would determine whether a statement is "deceptive." While it is unclear how federal regulators would define whether a statement is "deceptive," the abortion lobbying group NARAL Pro-Choice America highlighted its idea of a lie in a 2018 report on its pro-life competitors: "More than 67% of the locations intentionally referred to the fetus as 'baby' and told our investigator she was already a mother because she was already pregnant."

The move reminded Senator Steve Daines (R-MT) of ...Joe Biden's controversial "disinformation governance board," which would have been led by think tank denizen and karaoke afficionado Nina Jankowicz. "It reminds me of something that comes out of Russia or China, where big government will decide what is true and what is not, [instead of] the people." Daines told "Washington Watch with Tony Perkins" on Tuesday night.

"I didn't think I'd live to see the day to observe these radical, radical moves that are being made by the Democrats," Daines continued. "The Democrats are no longer 'pro-choice'; they're just blatantly pro-abortion." 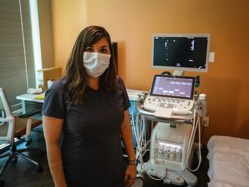 "It's going right at the heart of crisis pregnancy centers—these centers that provide so much care and compassion for moms and for babies. It's an attempt to shut them down, fining them out of existence, because of what they might say," said Daines. (Screengrab image)

"We'll be down in force tomorrow objecting to this. We're going to stop it," Daines promised. "But it gives you an idea of what the Left wants to do on the issue of abortion."

Daines also underscored the fact that PRCs "are nonprofits, oftentimes faith-based." Several commentators have said abolishing religiously affiliated counseling centers and medical ministries stretches the constitutional boundaries of the federal government. Warren's bill is "quite blatantly unconstitutional," wrote Liz Wolfe in the libertarian, socially liberal magazine Reason. "It's hard to see how this wouldn't entail either unconstitutional restrictions on activists' free speech or some kind of highly-politicized body attempting to define 'disinformation' in biased ways."

Precisely due to these concerns, Biden's ill-fated disinformation board failed in the United States. After massive backlash, the Department of Homeland Security "paused" the board within three weeks, then announced in June it felt "no need" for its existence.