"...Gates is heavily invested in plant-based protein. He does not understand that proper animal impact is not responsible for climate change. In fact, proper animal impact is an essential component for the mitigation of climate change. This environmental mitigation cannot be replicated within a monocultural pea and soy farming operation..." - Will Harris, White Oak Pastures Farm 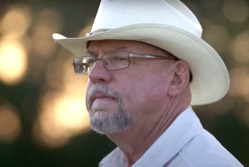 [PJMedia.com] We've written a lot lately here at PJ Media about how a cabal of global elites is doing everything it can to change the way we live. What once sounded like a wild-eyed conspiracy theory has come to life, as we're seeing in places like Sri Lanka and the Netherlands, where farmers and citizens are railing against the farm policies that groups like the World Economic Forum have encouraged and those two nations have enacted to some extent. (Image: YouTube Screengrab /White Oak Pastures Farm)

One of those elites, Microsoft co-founder Bill Gates, has been scooping up American farmland. Gates has long been an advocate of switching to plant-based meat, and although we don't know that there's a connection between his advocacy of overly processed fake meat and his push to buy so much farmland, it's not a stretch to speculate that he's buying farm acres to help achieve that purpose.

One farmer in Georgia has put Gates on notice. Will Harris owns White Oak Pastures Farm in Bluffton, Ga., and he's the fourth of six generations who are involved with the farm. White Oak Pastures sells beef, pork, poultry, and vegetables and also makes and sells handmade goods.

White Oak Pastures is also committed to tradition and sustainability. "We take pride in farming practices that focus on regenerative land management, humane animal husbandry, and revitalizing our rural community," reads the farm's website. "We know radically traditional farming creates products that are better for our land, our livestock and our village."

Harris is a knowledgeable farmer, and he and his staff are willing to share glimpses behind the scenes at the farm. A friend of mine who is studying agriculture at the collegiate level told me that she has "learned as much from Will Harris and his team as I have in a year" in school, "if not more."

Harris posted his thoughts on Bill Gates on the farm's Facebook page on Monday.

He then lays out five reasons why Gates' farm policy ideas are wrong:

It may be more precious than anything. I hate to see someone, who has no idea what to do with it, be put in a position to control it. How well do you think that I would do running a tech company or financial institution? It's the same logic as letting a guy like Gates manage something as complex as an ecosystem. He lacks the understanding to steward it properly.

Second, the whole deal has been kept way too secretive.

An article that was dated May 4, 2021 informed us that Gates has purchased over 200,000 acres in 18 states. Georgia was not listed as one of the 18 states, but an acquaintance of mine sold his farm located in Georgia to Gates prior to that time. What else are they lying about?... Subscribe for free to Breaking Christian News here