The Court held that the 'ministerial exception' to the First Amendment applied in the case, giving the school the right to hire or fire teachers without government interference. 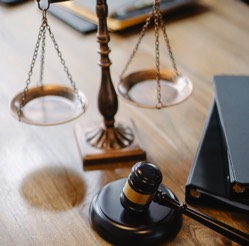 (Indianapolis) — [LifeSiteNews.com] A US appeals court last week upheld the right of religious schools to fire teachers whose lifestyles conflict with the moral values of the institution, handing down a resounding win for religious freedom. (Image: Pexels)

In a July 28 decision, the US Court of Appeals for the Seventh Circuit ruled in favor of Roncalli High School and the Roman Catholic Archdiocese of Indianapolis, upholding an earlier ruling declaring the school was within its rights to fire high school guidance counselor Lynn Starkey, who was engaged in a same-sex relationship in violation of both her contract and Catholic moral teaching.

According to the legal filing, Starkey had been employed at Roncalli High School for over 40 years, holding a variety of roles, including assistant band and choral director, New Testament teacher, certified catechist, guidance counselor, and ultimately co-director of guidance.

The filing also stated that Starkey "is not a practicing Catholic" but nonetheless "attended monthly school Masses, during which she received Communion and sang with the congregation."

In August 2018, according to the document, Starkey informed Roncalli's leadership that she was in a same-sex union, in violation of the expectations laid out in her year-to-year employment contract... Subscribe for free to Breaking Christian News here