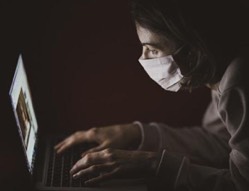 [LifeSiteNews.com] A trove of documents released last week by America First Legal (AFL) obtained from a Freedom of Information Act (FOIA) lawsuit show that the Centers for Disease Control and Prevention (CDC) worked with Big Tech companies to censor what the agency deemed "misinformation" about COVID jabs. (Image: Pixabay)

The documents show emails between the CDC and officials from Twitter, Facebook and Google in which the CDC flagged what it deemed as "misinformation," according to the Daily Caller. The emails also show that the CDC coordinated with the companies for the suppression of any dissent from the mainstream COVID jab narrative and had regular meetings about "misinformation" related to the jabs. The CDC also helped to develop language used to control the narrative around the jabs.

The documents contain alleged emails between officials from Twitter that include a chart the CDC sent to Twitter giving examples of posts that the agency considered to be "misinformation." The documents also allege that the CDC sent Twitter recommended language dealing with the federal Vaccine Adverse Events Reporting System (VAERS), which would state that reports to VAERS did not mean that the jabs were responsible for injury.

The documents also allege that a Twitter official explicitly requested that the CDC identify "misinformation" on the platform dealing with what the official called "fraudulent Covid cures [and] vaccine cards," and that coordination with the CDC about vaccine "misinformation" would be "tricky" because Twitter's CEO was expected to give Congressional testimony the day a meeting was suggested by CDC officials.