The ruling will force the state's abortion clinics to shut down for the third time since the Supreme Court overturned Roe v. Wade. 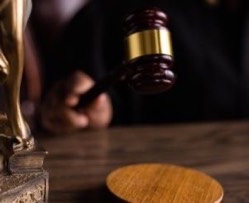 (Baton Rouge) — [LifeSiteNews.com] A Louisiana appeals court has ruled that the state can once again enforce a ban on abortion throughout pregnancy, in a major victory for pro-lifers in the Pelican State. (Image: Pexels)

Louisiana's trigger law, enacted in 2006 and revised in June, bans abortion from "fertilization and implantation" except when necessary to preserve the mother's life or prevent a serious physical injury or if an unborn baby is deemed "medically futile." Many pro-life advocates argue that there is never a circumstance in which abortion is medically necessary.

READ: My unborn son may not live long, but he still deserves protection from those looking to end his life

Judge Donald Johnson of the 19th District in Baton Rouge had issued a preliminary injunction against the law on July 21 at the request of abortion providers.

"Louisiana's pro-life trigger laws can be enforced," Landry tweeted on Friday. "The First Circuit has ordered Judge Johnson to grant our suspensive appeal."

It's not yet clear when the ban will go back into effect, as Johnson has not signed the 1st Circuit's order as of Friday afternoon, according to The Advocate. The three remaining abortion clinics in Louisiana will shut down when he does.

Louisiana's abortion mills have repeatedly closed and reopened since the Supreme Court's June 24 decision in Dobbs v. Jackson Women's Health Organization, which struck down Roe v. Wade and returned regulation of abortion back to the states and Congress... Subscribe for free to Breaking Christian News here