The news isn't looking good for AP and the rest of the establishment media. According to the latest Gallup poll, just 16% of Americans have a great deal of trust in newspapers, an all-time low. The numbers were even lower for television news media. 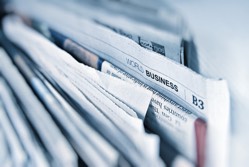 [DailySignal.com] Since 1953, the AP Stylebook has been a go-to manual for journalistic grammar and style at most media outlets. It lays out basic rules about grammar, punctuation, phrasing, and the like, intended to have universal applicability. In the past, it was aimed at reducing bias and creating a framework for evenhanded reporting. (Image: Unsplash-Absolutvision)

Those days are gone.

Now, the AP is outright suggesting that reporters inject bias into stories on behalf of the more important goal of diversity, equity, and inclusion. All now must serve the new god, DEI.

The left wanted to frame the issue of abortion as vital to women's rights. The only problem was that the left's ideology now makes it nearly impossible to define what a woman is.

AP stepped in to check their privilege.

"Phrasing like pregnant people or people who seek an abortion seeks to include people who have those experiences, but do not identify as women, such as some transgender men and some nonbinary people," read the new AP guidance.

Saying pregnant "women" is now offensive. The rules of grammar and language must conform to any self-proclaimed marginalized group that says it's offended. Truth and accuracy are secondary concerns.

AP followed up last week with a more extensive "Topical Guide," on transgenderism and other issues. It suggests using "unbiased language" and to "avoid false balance [by] giving a platform to unqualified claims or sources in the guise of balancing a story by including all views."

It then proceeded to elucidate its commitment to carrying water for the transgender advocacy movement and ensure that everyone using the AP Stylebook does, too.

"A person's sex and gender are usually assigned at birth by parents or attendants and can turn out to be inaccurate," the guide says, with no evidence or explanation.

"Experts say gender is a spectrum, not a binary structure consisting of only men and women, that can vary among societies and can change over time," AP continues.

Do other experts disagree and does that not count?

The Topical Guide includes a section about sports that tells reporters and editors not to "misgender or imply doubt" about transgender athletes, especially biological males competing in women's sports.

Of course, even using the phrase "biological" males would be a no-no, according to the AP.

The AP also decided to weigh in on the issue of gender transitioning for children.

You can probably guess the direction it went.

"The World Professional Association for Transgender Health recently lowered its recommended minimum age for starting gender transition treatment, including sex hormones and surgeries. It says hormones can be started at age 14 and some surgeries at 15 or 17," the guidance read. "Treatments can improve psychological well-being and reduce suicidal behavior."

The AP is showing how the shell game of left-wing journalistic bias is played here.

If studies come up with anything contrary to the narrative that gender transitioning in children prevents suicide—a theory that has little or no evidence—would the AP cite them as objective fact?

Of course not. It probably wouldn't cite them at all, one way or another.

If you needed any further evidence that the AP is suggesting outright advocacy, here's the real kicker line:

"Some people use the word 'groom' or variants of it to falsely liken LGBTQ people's interactions with children, or education about LGBTQ issues, to the actions of child molesters," the AP guidance reads. "Do not quote people using the term in this context without clearly stating it is untrue." 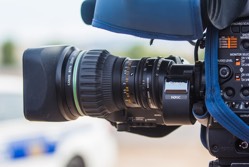 AP is suggesting straight-up editorializing in what is supposed to be "fair and balanced" news reporting. You can't just quote somebody with an opinion or let people speak for themselves. No, the reporter must weigh in and make sure that deviations from the narrative are immediately countered and criticized. (Image: Unsplash-Matt C)

The Topical Guide is no aberration for AP. It's been rapidly ditching its reputation for evenhandedness to join in the institutional scramble for left-wing ideological absolutism and conformity.

There have been other, similar rewrites of AP "style" rules to ensure that ideology is injected into every issue and every story and that they don't accidentally end up on the wrong side of history.

In April, the AP added a section to its stylebook on "inclusive" storytelling, which of course was jam-packed with woke phraseology like "unconscious bias," that was at one time confined to remote corners of academia.

It's not just style changes infecting The Associated Press.

The AP is skewing reporting and the definition of terms and phrases to put the best face on Democratic policies.

Remember when an economy shrinking for two consecutive quarters was the standard definition of a recession?

Just like the White House, the AP is gearing up its disinformation to make the economy look better than it is.

One of the unwritten rules of journalism is to make sure Democrats—and more generally, left-wing causes—don't look bad. Most media outlets follow this rule religiously. If some stories slip through the cracks and become too damaging, just work with Big Tech allies to make them go away.

Oh, look. Surprise! Twitter banned users from using "groomer" or similar terminology on its platform at the same time AP released its guidance.

The AP was long considered to be the most objective "mainstream" news source. The reality is, it has always had a certain amount of bias, but now it isn't hiding it anymore.

In fact, the news organization is leaning in as far as it can, perhaps riding the hope that past institutional credibility will sustain it through the revolution.

The news isn't looking good for AP and the rest of the establishment media.

According to the latest Gallup poll, just 16% of Americans have a great deal of trust in newspapers, an all-time low. The numbers were even lower for television news media.

Shocking. It must be some kind of right-wing conspiracy.

Jarrett Stepman is a columnist for The Daily Signal. He is also the author of the book "The War on History: The Conspiracy to Rewrite America's Past." Subscribe for free to Breaking Christian News here