While the CDC Pretends Homosexuality Isn't to Blame for Monkeypox, the UK Faces Reality

The CDC and WHO have gone out of their way to convince westerners that homosexuality should not be 'stigmatized' for spreading yet another major virus. 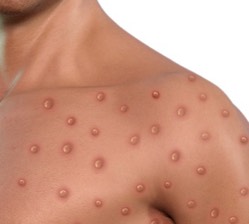 [LifeSiteNews.com] Unlike the US Centers for Disease Control (CDC), the UK's Health Security Agency (UKHSA) is not camouflaging the fact that it is explicitly targeting homosexual men who engage in high-risk sexual activity for monkeypox vaccination in order to stem the spread of the disease.â¯ (Image: Pixabay)

In an advisory published last week, the UKHSA noted that ongoing transmission is occurring "primarily in gay, bisexual and other men who have sex with men (GBMSM)."

The UKHSA working in conjunction with the Joint Committee on Vaccination and Immunisation (JCVI) determined that "vaccination should be offered as soon as feasible to GBMSM at highest risk due to a large number of contacts."

"These risk criteria would include a recent history of multiple partners, participating in group sex, attending sex on premises venues or a proxy marker such as recent bacterial STI (sexually transmitted infections)."â¯

"According to the UKHSA, among those whose gender information was available, 99 percent of the UK's confirmed cases identified themselves as male," reported the Epoch Times' Lily Zhou.â¯

Because there is currently no vaccine licensed in the UK or Europe for immunization against monkeypox, the UK health agency hopes that vaccines developed for smallpox will provide "cross-protection" against monkeypox.â¯

RELATED: CDC, WHO willingly overlooks monkeypox's spread through men having sex with menâ¯

By targeting hyper-sexually-active homosexuals, the UKHSA hopes that using the limited supply of available doses of vaccine will interrupt "transmission in the subset of individuals at increased risk."

In contrast, the US CDC and the World Health Organization (WHO) initially went out of their way to convince westerners that despite the sources of the outbreak and continued spread, homosexual men should not be "stigmatized"... Subscribe for free to Breaking Christian News here