Since Friday's Supreme Court Ruling, Abortion is Now Banned in at Least 10 States: View the List of States and Restrictions

Every state continues to allow exceptions to save the motherâs life due to a physical condition... Experts have attested that abortion is never medically necessary, and pro-lifers and the Catholic Church point out that it is always the deliberate killing of an innocent human life. 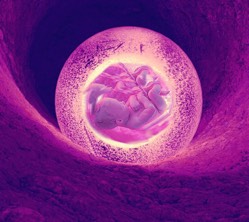 [LifeSiteNews.com] In an historic decision Friday morning, the US Supreme Court overturned Roe v. Wade, ending nearly 50 years of nationwide abortion-on-demand and once again allowing states to protect unborn life as early as the moment of conception. (Image: Pixabay)

Following the seismic pro-life victory, around 10 states have already effectively eliminated abortion within their borders for the first time since 1973, while 10 or more are set to ban the barbaric practice in the coming days and weeks.

States where abortion is illegal

Abortion is now virtually illegal or sharply restricted in at least 10 states, most of which have implemented what are known as "trigger" laws designed to take effect immediately upon the reversal of Roe v. Wade and criminalize abortion throughout pregnancy.

And aroundÂ one-quarter of womenÂ aged 13 to 44 in the US now live in states where bans have taken effect sinceÂ RoeÂ fell, including more than 6 million in Texas alone. For many of those women, the nearest abortion facility could be hundreds of miles away, and even thenÂ may not beÂ accessible.

And penalties for abortion in many conservative states are prohibitive. In Texas and Alabama, performing any elective abortion is now a felony equivalent to rape or attempted murder and can lead to life imprisonment. In Louisiana, aborting the baby of minor carries up to 50 years in prison.

All states with post-Roe bans in effect except one (Utah) outlaw abortion for rape and incest, in a striking testament to increased awareness of the personhood of the unborn and a break with longtime Republican policy.

Every state continues to allow exceptions to save the mother's life due to a physical condition, however. Experts haveÂ attestedÂ that abortion is never medically necessary, and pro-lifers and the Catholic Church point out that it is always the deliberate killing of an innocent human life... Subscribe for free to Breaking Christian News here