BCN Editor's Note: Obviously, it's not about the money, but WHAT and how these kids are being taught—or not taught as the case may be. School choice anyone? -Aimee Herd, BCN 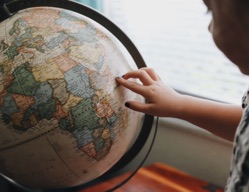 [CNSNews.com] The public schools in Washington. DC, spent a total of $31,843 per pupil in fiscal year 2020, according to a newly released report from the National Center for Education Statistics. (Image: Unsplash-Amy Humphries)

According to the NCES report, the public elementary and secondary schools in the District of Columbia spent a total of $2,862,000,000 in the school fiscal year that ran from July 2019 through June 2020. In the 2019-2020 school year, which overlaps that fiscal year, the DC public schools had 89,878 students.

In 2019, according to NCES, eighth graders in DC public schools had an average score of 250 out of 500 in the NAEP reading test. That was a lower average than any of the 50 states.

That same year, according to NCES, DC public school eight graders had an average score of 269 out of 500 in the NAEP mathematics test. That tied DC eighth graders with those in New Mexico and Alabama for the lowest average mathematics score in the nation.