President Trump asserted DirecTV and AT&T targeted OAN because of its political bent and suggested a boycott of the company. "Maybe what we should do is not use AT&T." 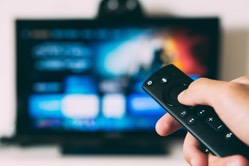 [Faithwire.com] The television company DirecTV announced this month it will allow its contract with the conservative One America News Network to expire. (Image: Unsplash-Glenn Carstens-Peters)

According to Bloomberg, the satellite company recently informed OANN's parent company, Herring Networks, that, "following a routine internal review, we do not plan to enter into a new contract when our current agreement expires."

Herring's contract with DirecTV, which began in 2017, expires in April.

DirecTV's decision not to renew its agreement with OANN will place an enormous financial burden on the right-wing network, as the satellite company—which is 70% owned by AT&T—accounts for nearly all of the channel's revenue, Reuters reported.

In fact, transcripts from a 2020 court proceeding show an attorney for OAN saying, "If Herring Networks, for instance, was to lose or not be renewed on DirecTV, the company would go out of business tomorrow"... Subscribe for free to Breaking Christian News here