The Washington Times reports other federal departments appear to be prepping similar lists of religious objectors, including the following: Treasury, Interior, Housing and Urban Development, Health and Human Services, and Transportation, as well as the General Services Administration and the Securities and Exchange Commission. 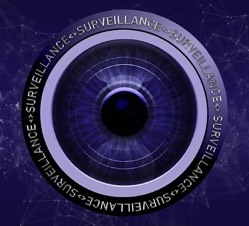 [CBN News] In a move that could be likened to George Orwell's novel "1984," a small obscure federal agency issued a public notice Tuesday about a new policy that could mean the US government is preparing to assemble a database containing the names of Americans who claim a religious objection to taking the COVID-19 vaccine. (Image: Pixabay)

The Daily Signal, a news publication of The Heritage Foundation, reports it's happening at the Pretrial Services Agency for the District of Columbia.  The PSA states on its website that it is "the Federal agency responsible for gathering information about newly arrested defendants and preparing the recommendations considered by the Court in deciding release options."

The agency announced the creation of a new records system that will store the names and "personal religious information" of all employees who make "religious accommodation requests for religious exception from the federally mandated vaccination requirement."

The notice published in the Federal Register says the agency will create the "Employee Religious Exception Request Information System."

The notice reads, "This system of records maintains personal religious information collected in response to religious accommodation requests for religious exception from the federally mandated vaccination requirement in the context of a public health emergency or similar health and safety incident, such as a pandemic, epidemic, natural disaster or national or regional emergency; and/or any other lawful collection of employee information or data that is necessary to ensure a safe and healthy environment for individuals who are occupying PSA facilities, attending PSA-sponsored events, or otherwise engaged in official business on behalf of the Agency."

Writing for The Daily Signal, Sarah Parshall Perry and GianCarolo Canaparo noted the publication did not explain why the agency needs to create such a list, except to say that it will "assist the Agency in the collecting, storing, dissemination, and disposal of employee religious exemption request information collected and maintained by the Agency."

Perry and Canaparo also note the announcement doesn't explain why the Biden administration chose to test this policy at the Pretrial Services Agency, an agency with a majority-black staff who are both more religious and less vaccinated than other groups. "So much for [Biden's] commitment to 'racial equity,'" they contend.

"What's really going on with this announcement at this tiny agency? Likely, the Biden administration is using it to stealth test a policy it intends to roll out across the whole government," Perry and Canaparo warn.

And The Washington Times reports other federal departments appear to be prepping similar lists of religious objectors, including the following: Treasury, Interior, Housing and Urban Development, Health and Human Services, and Transportation, as well as the General Services Administration and the Securities and Exchange Commission.

In their Daily Signal article, Perry and Canaparo say this is part of Biden's ongoing hostility to religious freedom, citing a few examples to bolster their argument.

"From the outset of his administration, Biden voiced support for passage of the patently faith-hostile Equality Act—a bill that would gut the Religious Freedom Restoration Act entirely when it intersects with LGBTQ+ protections and entitlements in public accommodations," they wrote.

"[Biden] also swiftly revoked the Mexico City policy that had been reinstated by former President Donald Trump, thereby ensuring that religious Americans would be forced to fund abortions overseas by way of their tax dollars, despite their religious objections to the act," Perry and Canaparo continued. Subscribe for free to Breaking Christian News here