"If someone does not speak up for women, I fear that we could see the end of women's sports. There will be boys' sports and co-ed sports; but women's sports as we know it will be gone. I believe that ensuring an equal playing field for women to be champions in their own sport is a women's rights issue..." -Selina Soule, female athlete 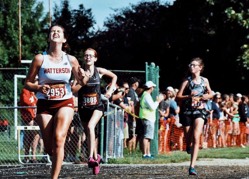 [CBN News] Texas is poised to become the latest and most populous state to protect the fairness of girls' public high school sports. (Image: Unsplash-leah hetteberg)

State lawmakers passed a measure requiring that transgender girls—biological males who identify as girls—play on teams that align with the gender listed on their original birth certificate, not their current gender identity.

The legislation advanced by the Lone Star State's Republican majority now goes to Gov. Greg Abbott (R) who has said he will sign it into law.

Texas would join at least eight other states that have passed similar measures in recent months, but the measure may yet face legal challenges.

Critics of HB 25 who represent transgender athletes and LGBTQ issues have called the bill mean-spirited and discriminatory.

"This cruel and grotesque ban puts a target on the backs of transgender children and adults, erases intersex people, and sends a clear message that transgender and intersex people aren't welcome or safe in Texas," said Ricardo Martinez, chief executive officer of Equality Texas.

But supporters of the bill said it is needed to protect girls from athletes who might have an unfair advantage due to their male DNA which could make them bigger, faster, and stronger.

"We have the opportunity today to stand up for our daughters, our granddaughters, and all our Texas girls," Republican state Rep. Valoree Swanson said before the bill passed the statehouse last week.

Texas already had a similar rule enforced by the University Interscholastic League, the state's governing body for public school sports, and the nearly 850,000 athletes who participate. But that rule makes exceptions if a birth certificate is later changed to reflect current gender identity. The new measure eliminates that exception.

UIL officials have said that checking participation eligibility is left up to schools and local school districts, and the agency does not track the number of transgender athletes.

Texas is among 33 states in the nation that have introduced a total of 100+ bills during the 2020-2021 legislative session that would restrict transgender youth from access to girls' sports.

As CBN's Faithwire reported, research published last December by the British Journal of Sports Medicine found that—even after taking hormones for two years to suppress their testosterone levels—transgender females, who were born as biological males, retained a 12% advantage in running, a 10% advantage in push-ups, and a 6% advantage in sit-ups. The authors of the study even noted that those numbers could be an underestimation "because trans women will have a higher power output than cis women when performing an equivalent number of push-ups."

On the question of fairness, just ask the four high school female athletes who were forced to compete against trans males in Connecticut.

As CBN News has previously reported, since 2017, transgender athletes have consistently deprived Selina Soule, Chelsea Mitchell, Alanna Smith, and Ashley Nicoletti of honors and opportunities to compete at elite levels.

Last month, ADF attorneys representing Soule filed a motion asking a federal district court to allow her to intervene to defend Florida's Fairness in Women's Sports Act. The law is currently under challenge in a lawsuit that could jeopardize the safety and athletic opportunities of female athletes by forcing them to compete against males who identify as female.

"If someone does not speak up for women, I fear that we could see the end of women's sports. There will be boys' sports and co-ed sports; but women's sports as we know it will be gone," Soule said. "I believe that ensuring an equal playing field for women to be champions in their own sport is a women's rights issue. But this isn't just about fair play and winning for me. I want to protect the fairness and safety of women's sports for female athletes all over Florida. I want to ensure that future generations of women have access to the same equal athletic opportunities that shaped me and my love of sports." Subscribe for free to Breaking Christian News here